With this release, we are introducing gray as a new primary and accent color which will sit alongside our already present colors. Also, we have fixed all known compatibility issues with Substratum Theme Engine.

As promised we now feel that the OnePlus One, OnePlus X and the Nextbit Robin are stable enough to be included in our roster along with several other devices detailed below:

You’re probably wondering why the OnePlus 2 didn’t make it to the list but worry not, it’ll be up as soon as we can ensure good quality for it. Same goes for the Nexus 5 (Hammerhead).

We personally also want to support the Sony Xperia line of devices and we teased a post of the Xperia Z3 Compact and the Xperia X both running AOSPA somewhere in the community recently. However, our infrastructure is not able to cope with the vast number of devices. We’d like all Sony users to answer in a poll for which devices you’d like to see added and we’ll support the devices with the most amount of votes.

We are proud to announce that the Paranoid Android team has managed to strike up a collaboration with the creator of Shuttle+ to bring you a feature rich, modern music player.

This brings benefits like:
Google Cast to your TV
Scrobbling to Last.fm
Embedded lyrics
ID3 tag editing
Batch creation of playlists
Themes
and much more

We’re excited to have this partnership and believe it will bring a better user experience for our users with a lot more functionality.

After the first release a while ago, there were several device specific issues reported. We did not roll out device specific hotfixes as our OTA system (Paranoid Hub) was broken and forced us to provide an update for all devices at once (this release). This release fixes all issues for ParanoidOTA and you should receive device hotfixes whenever needed. 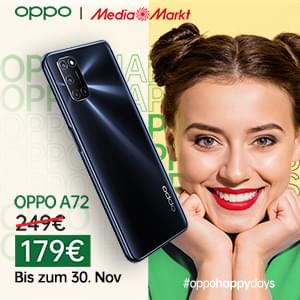